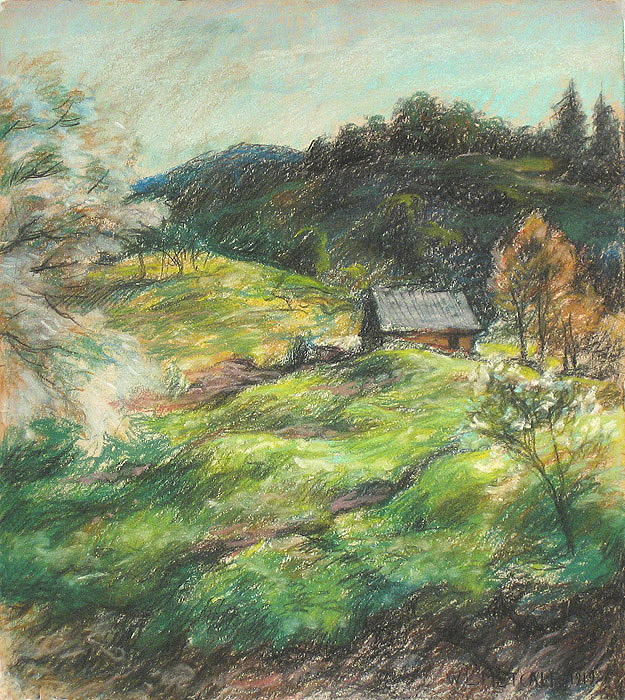 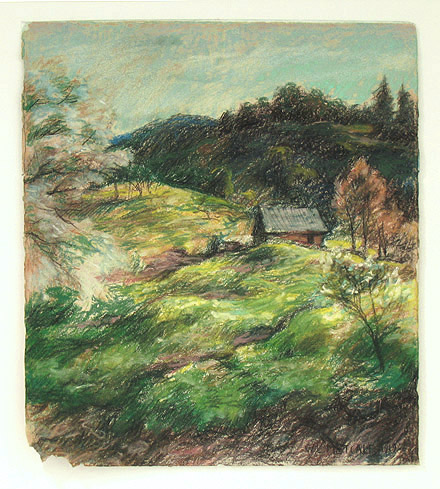 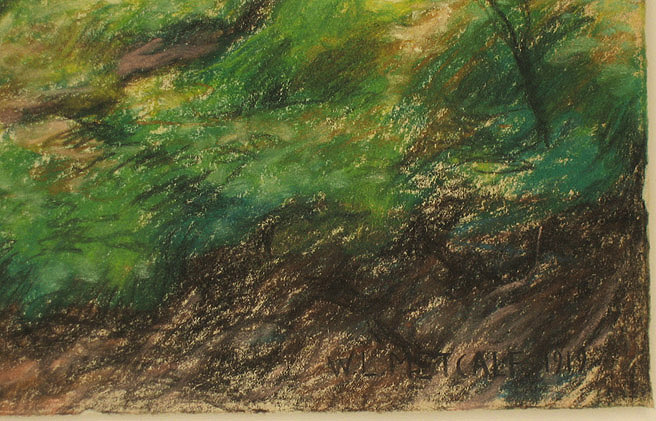 Note: A probable sketchbook study in preparation for “Maytime” of 1919, a 36" x 39" oil on canvas.  The pastel image is from a slightly

different vantage point, but incorporates many of the same elements as the larger oil. (There is also listed an earlier oil also entitled “Maytime”,

Provenance: by descent, three generations in a Canadian family collection

Museums: 55, including The Metropolitan Museum; The Smithsonian, National Gallery and Freer; Boston Museum;

20th century group of Boston and New York painters committed to impressionism, with whom he exhibited until 1897.

He became known as the "quintessential painter of New England landscapes", his style fusing the best of French impressionism,

gleaned from the Academy Julian, with the American spirit of realism. His short curved brushstrokes, strong composition and

In 1919, Metcalf painted his second version of "Maytime", the painting achieving both the second and third places among

his auction records.  "Maytime" (1919) was purportedly painted near Woodbury, CT.  The offered pastel is a sketchbook

depictionof the same scene from a slightly different vantage point, signed and also dated 1919, lower right.  The provenance is

with a Canadian family, for three generations.

Metcalf's works are represented in museums throughout America, as well as The White House

and the Musée d'Art Américain Giverny in France. 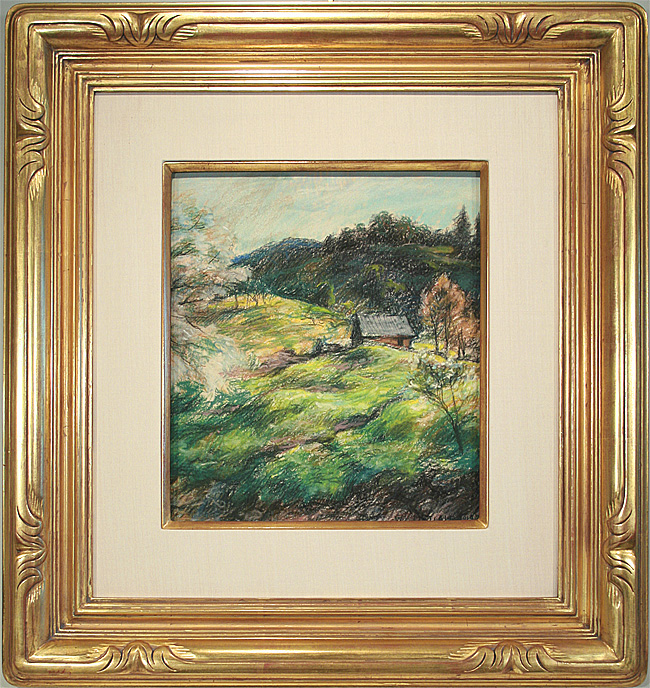 Books: 175 including all major indices and dictionaries, and the following monographs:

The Magazine Antiques, 2005 July. Willard Metcalf in the Southwest