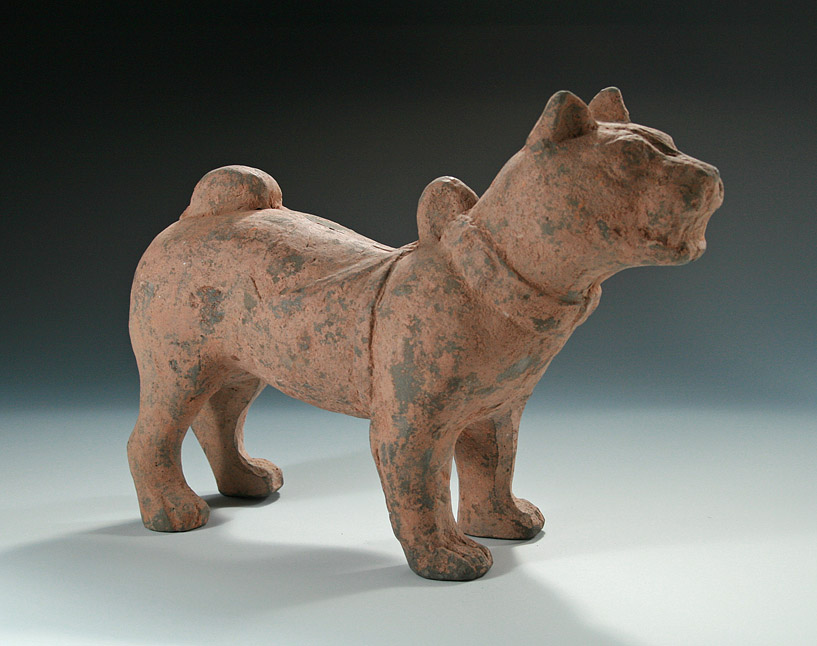 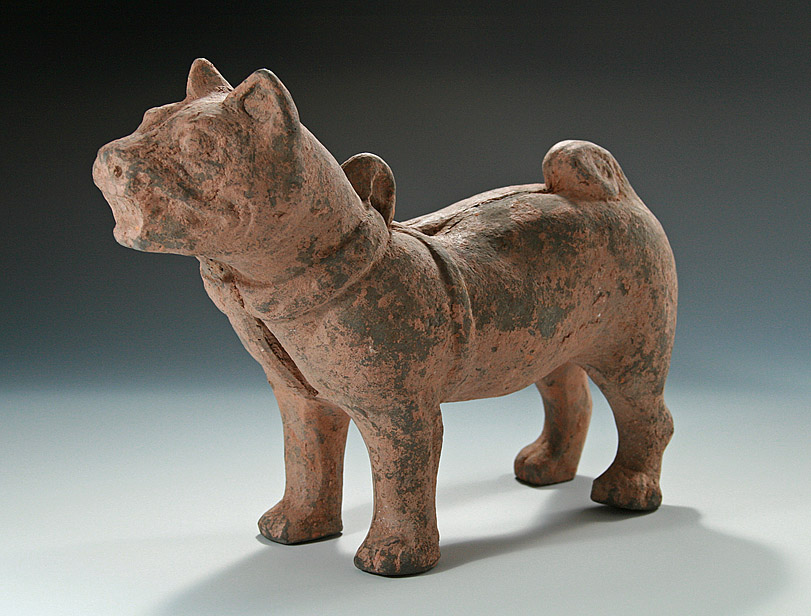 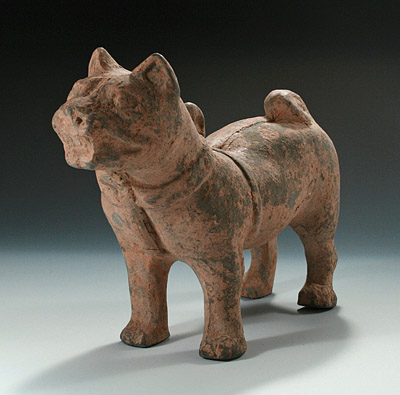 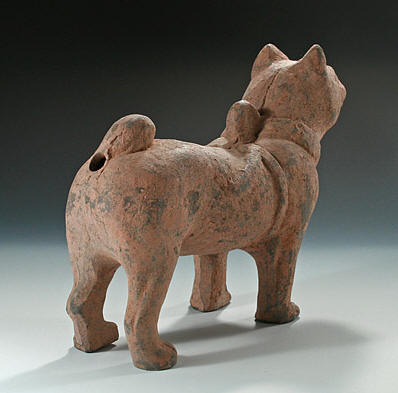 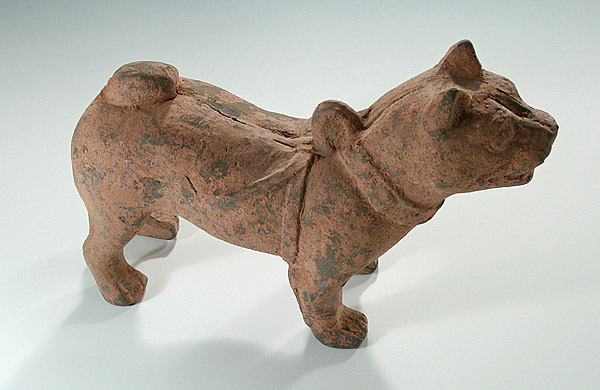 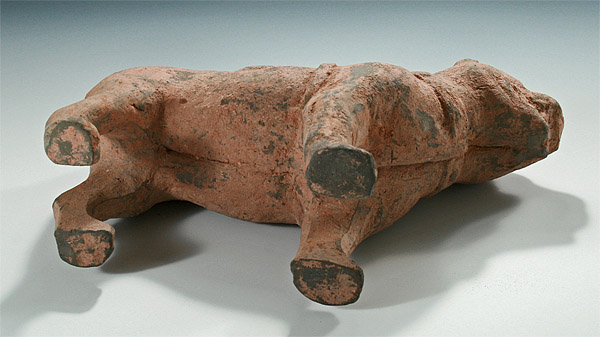 Condition: Excellent for age; expected wear, with some slip on the glaze is still remaining;
the ears and some parts of the face have some tiny repaired flaws

Each year on March 3, at an ancient temple in the Tongbai Mountains in Southeast China, local residents hold a grand

creating heaven and earth.  As the legends were passed down orally, many versions exist.  Perhaps the most lyrical holds

that when Pangu died, his breath became the wind and clouds, his voice the rolling thunder, one eye the sun, the other the

moon.  One legend describes his tears flowing to make rivers and the radiance of his eyes turning into thunder and lightning;

when he was happy the sun shone, when angry black clouds gathered in the sky.  This dog-headed kindly being was thought

the father of the human race, and thence the emperors.

The earthenware artifacts and bricks from one of these temples date to the Han Dynasty (206 B.C. – 220 A.D.), and through

Honor for dogs has continually reigned throughout Chinese history - symbols of bonding, trust and loyalty.  They have served

as hunters for food, palace guards (where they were the secret affair of the eunuchs) and given as gifts to the emperors – the

custom of a gift remaining into modern times.  When the first pictograph writing emerged in the Shang Dynasty (1766-1122 B.C.),

there was mention of a dog-officer.  Early in China’s history, dogs were buried along with their masters and mistresses to guide

them into afterlife.  Life-like terracotta figures replaced live sacrifices in the Han period, as this example in harness.

The Chinese people finally regained the privilege of owning and honoring their dogs.  Although numbers and sizes can be

limited, the bond between dog and man has never been lessened.

For a short excerpt from the rich award winning film

"Of Dogs & Gods - A Social History of the Dog in China"